Ode to a Friend 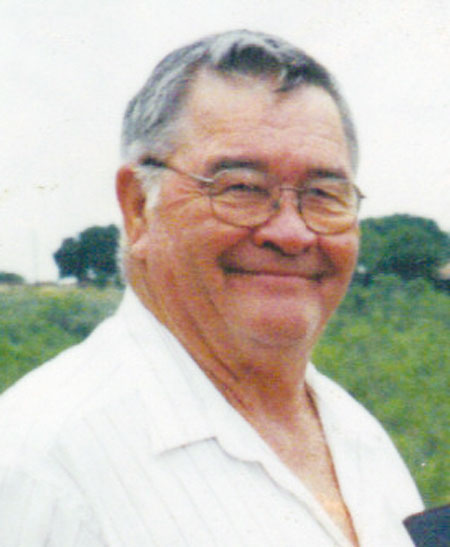 The boys brought their toys (vehicles) to display and make a tour around Del Rio, besides being interesting, one is a functional Model T Chuck Wagon owned by Wayne Calk ’64. In fact Wayne fed everyone with cabrito, brisket, Dutch over beans, hominy, peach cobbler and rolls………hmmm good! 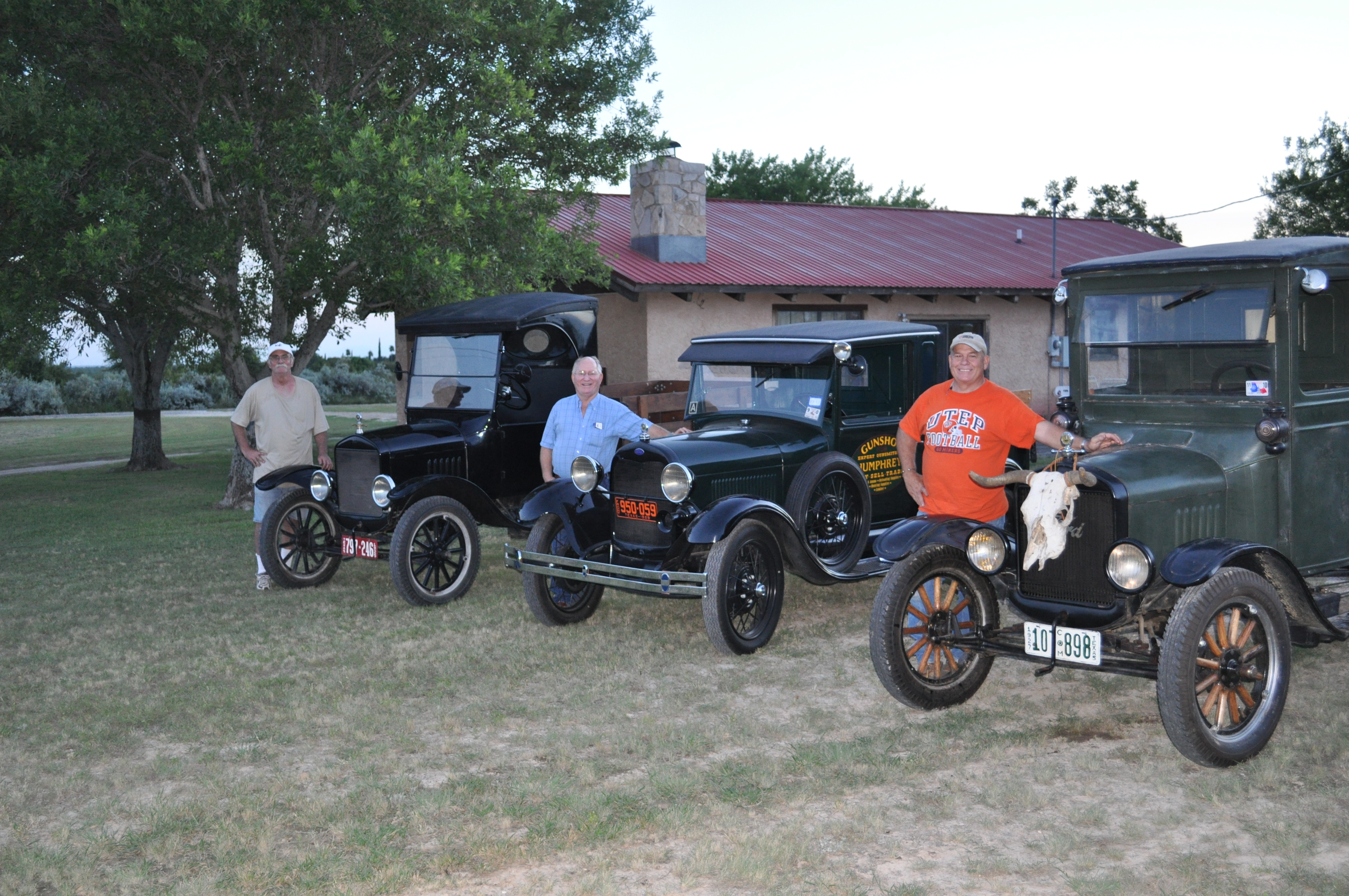 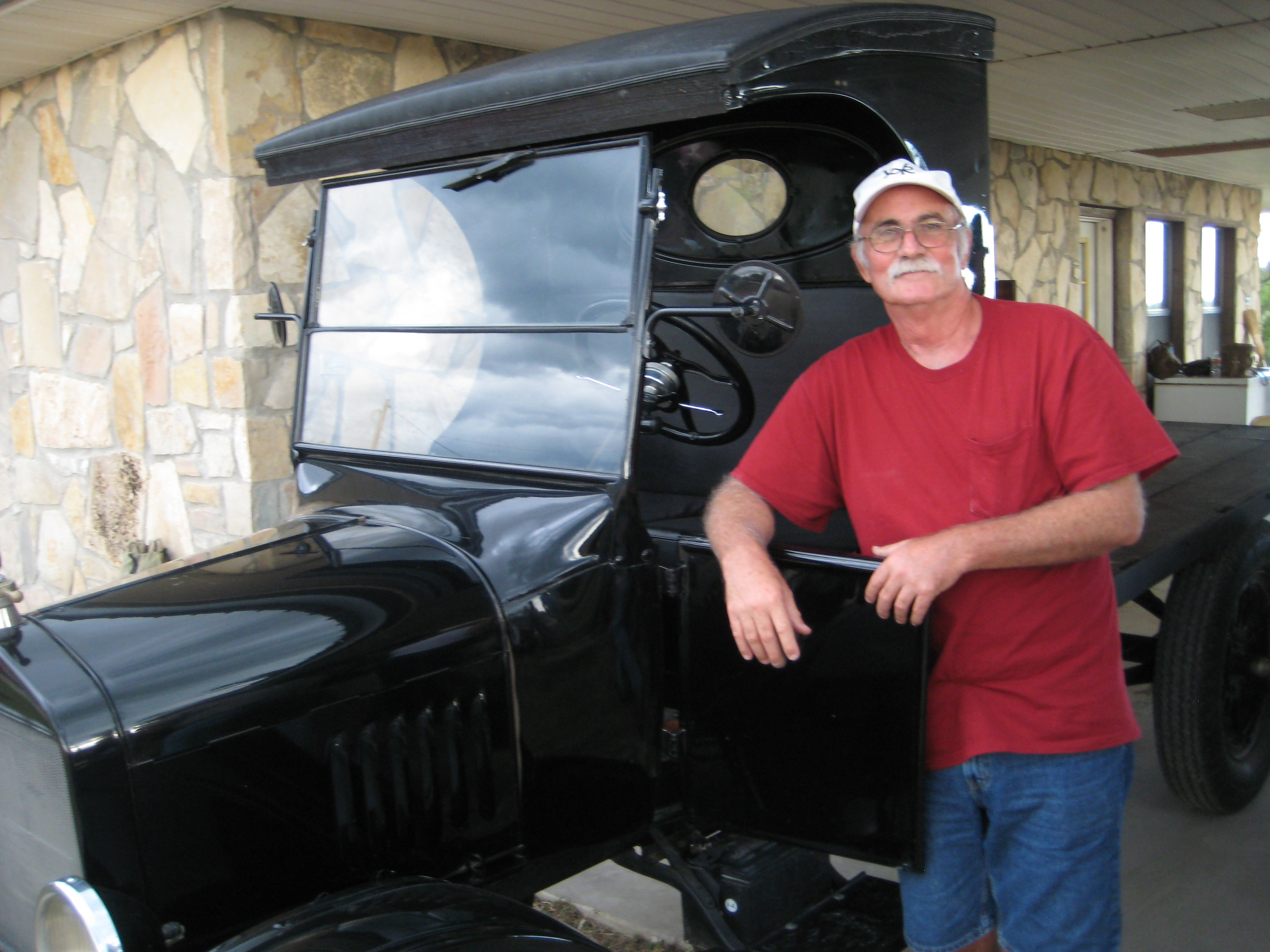 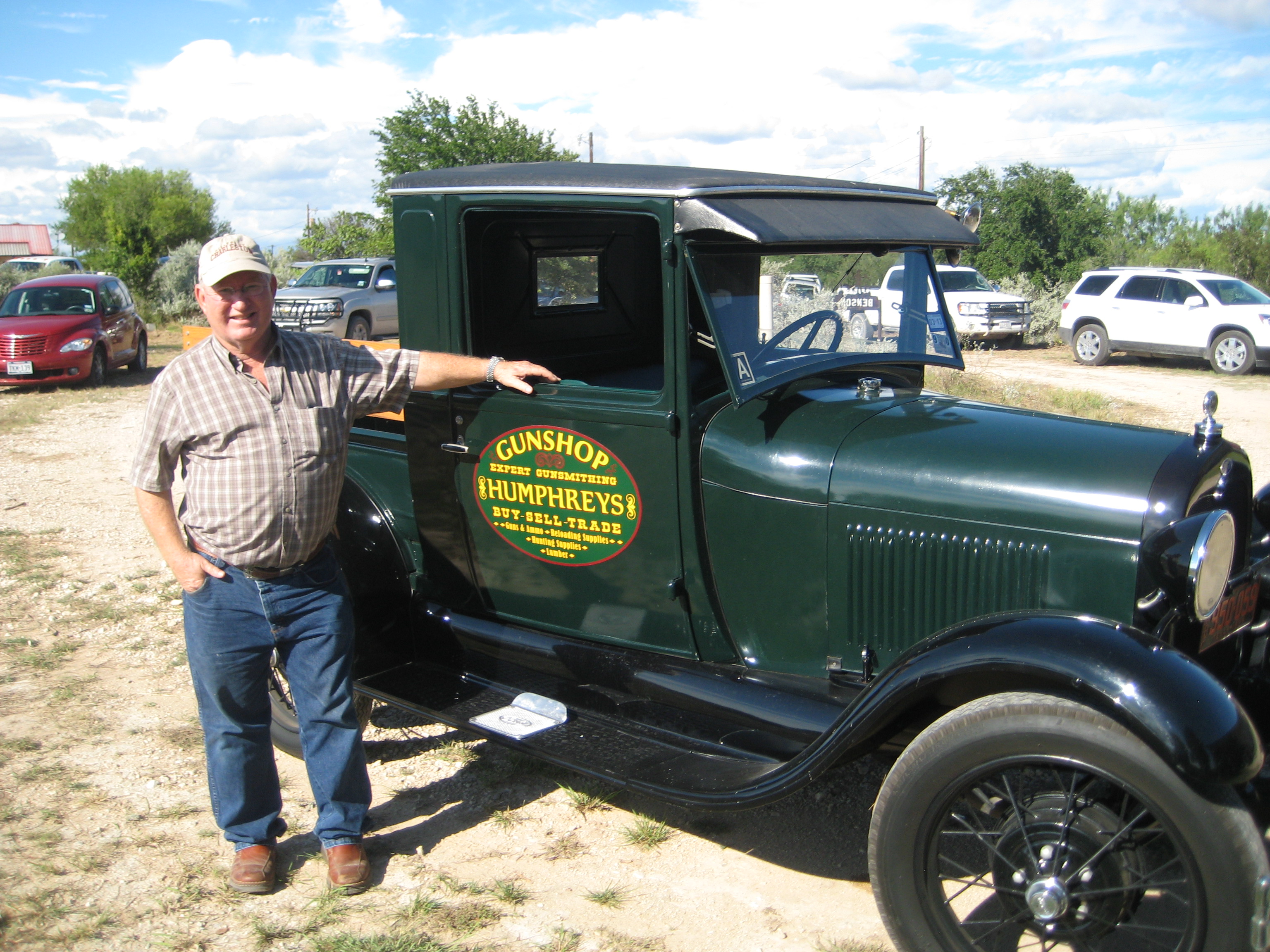 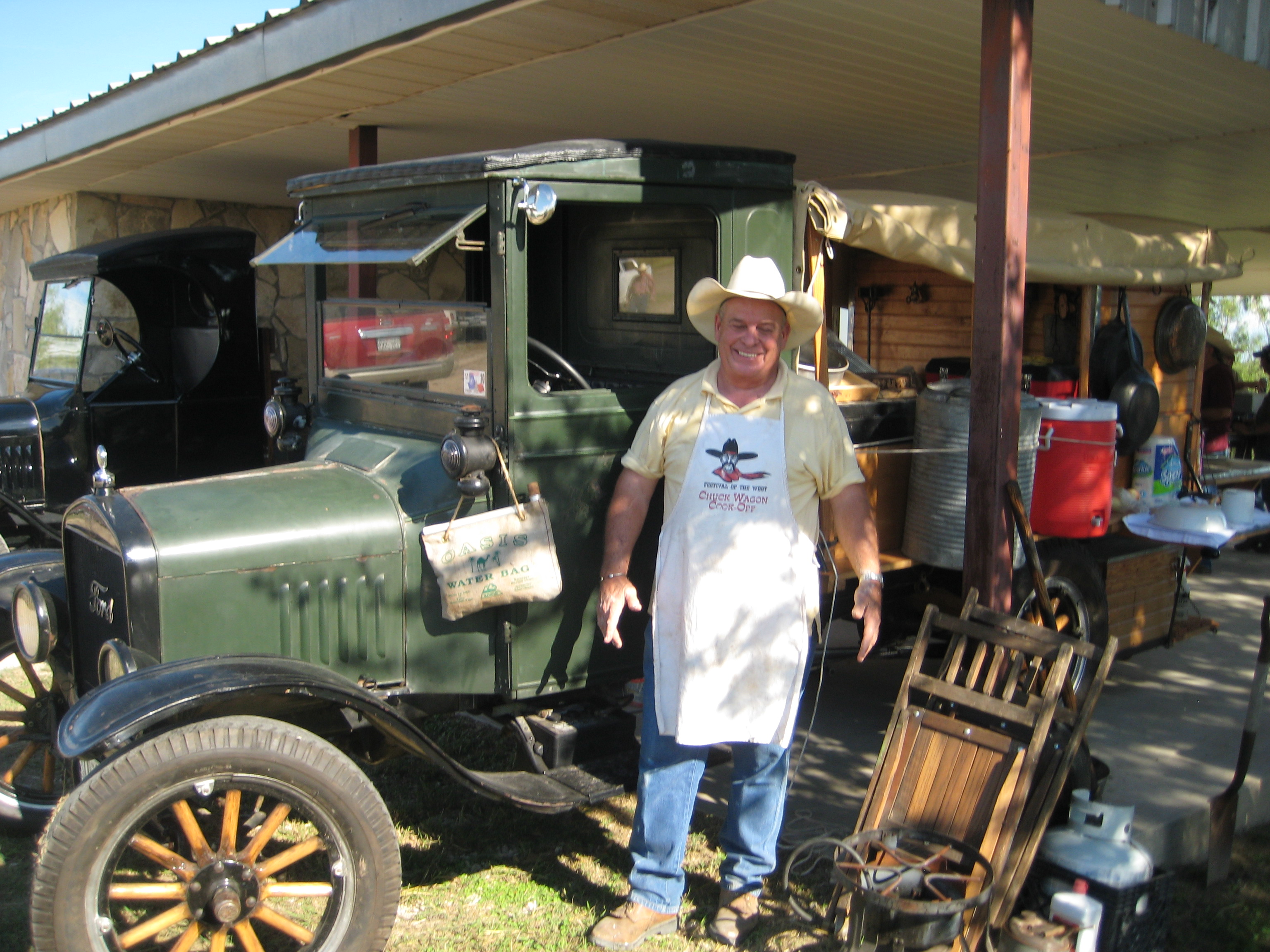 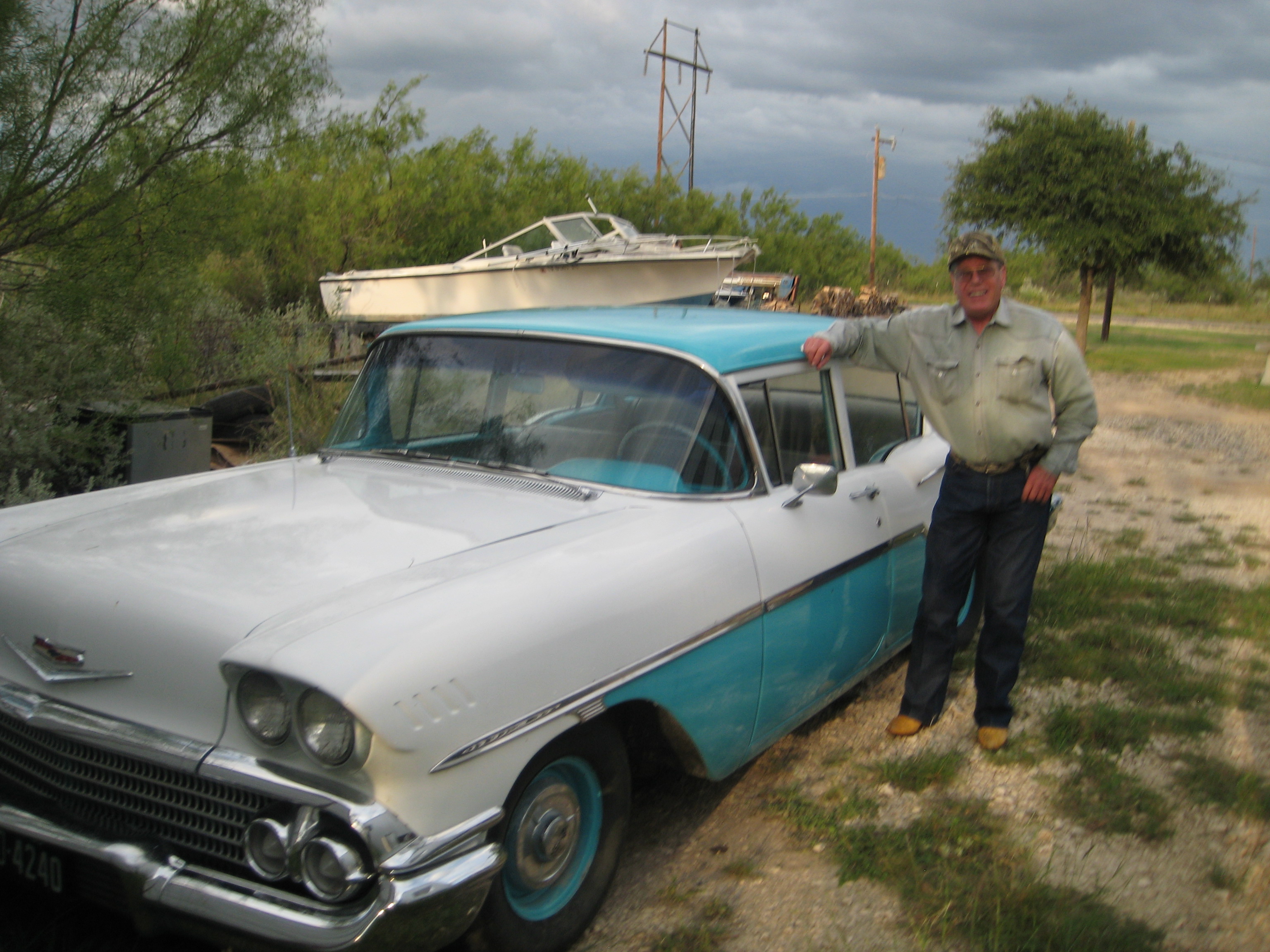 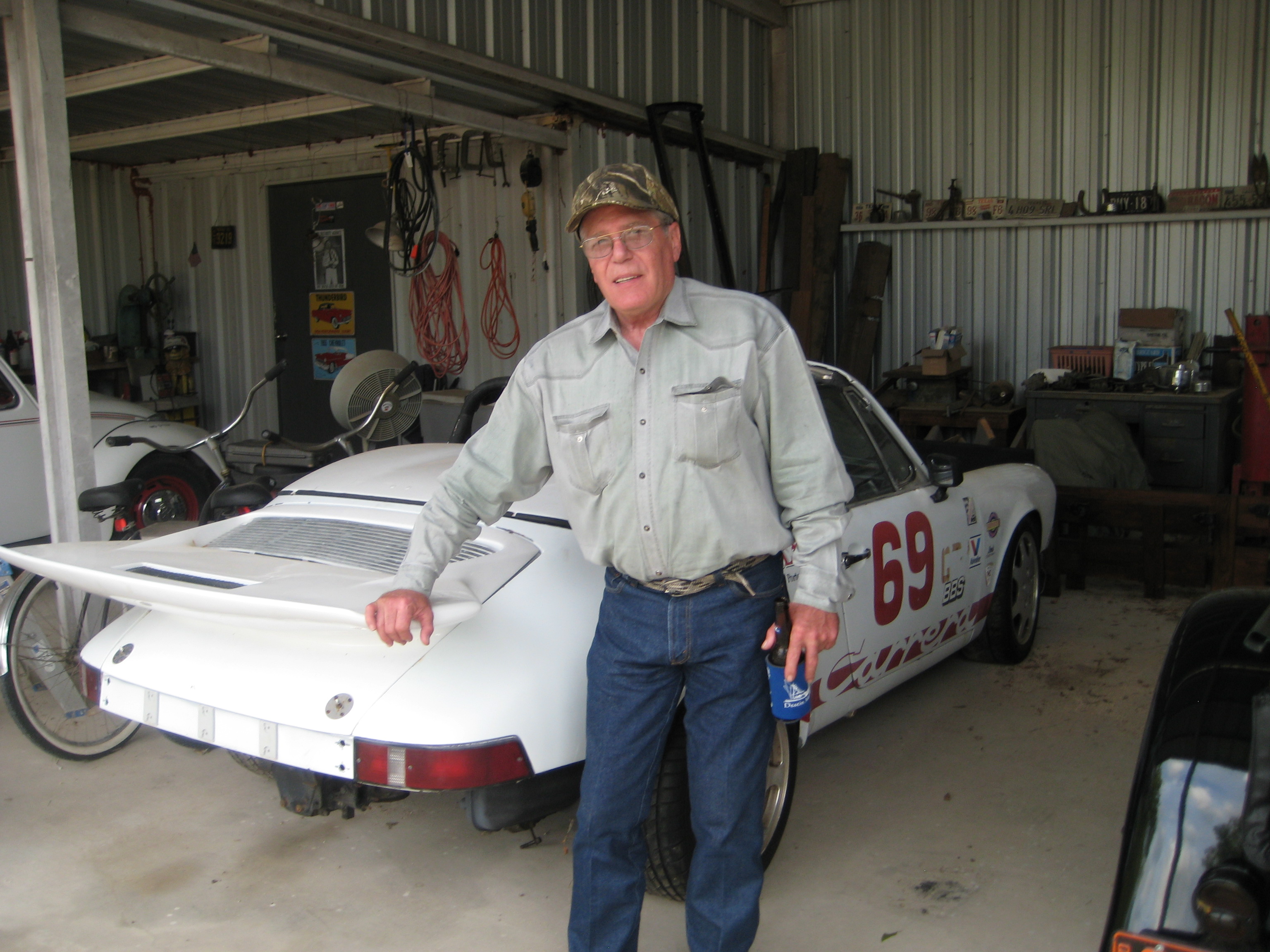 Boys will be Boys! 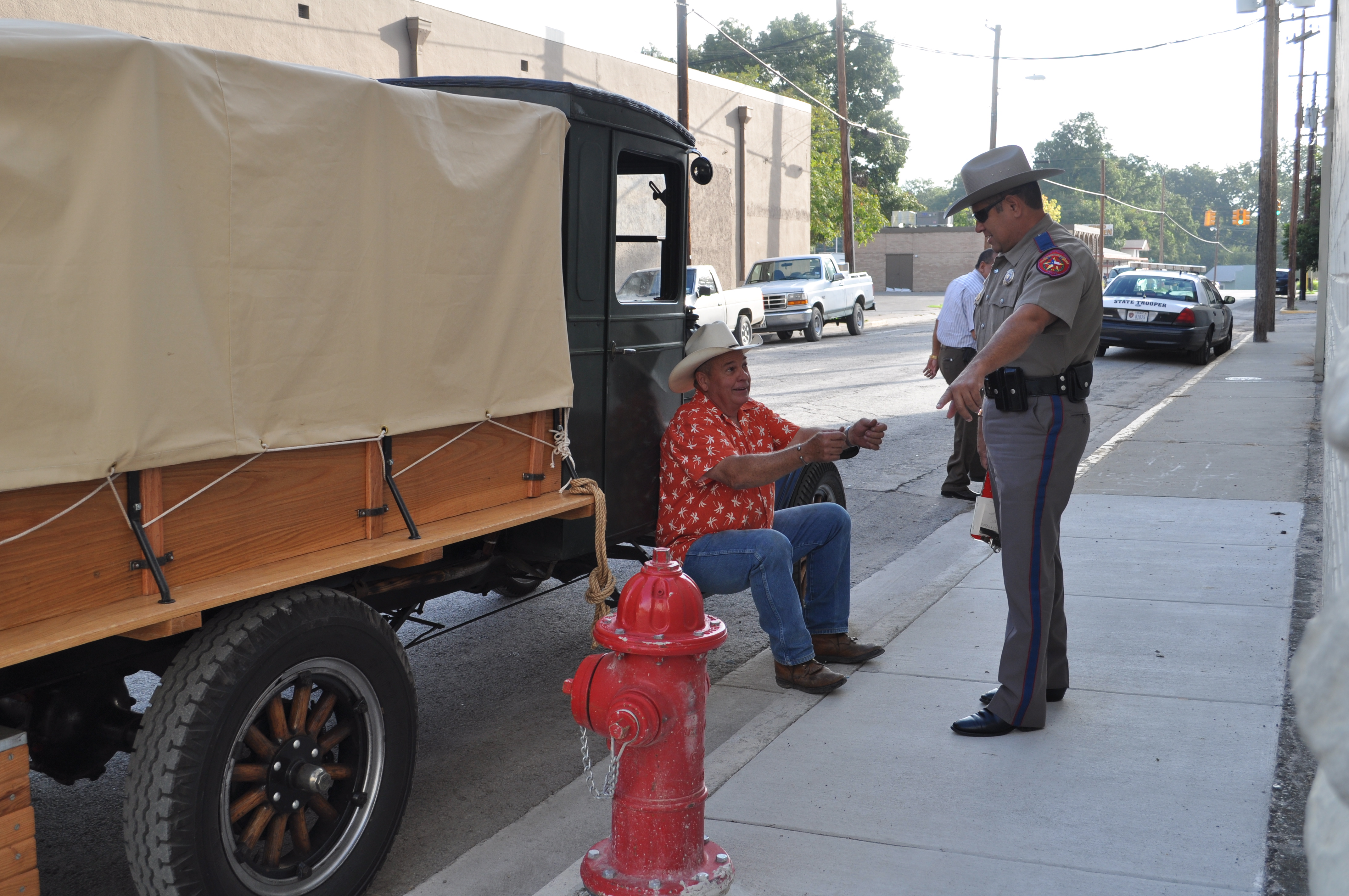 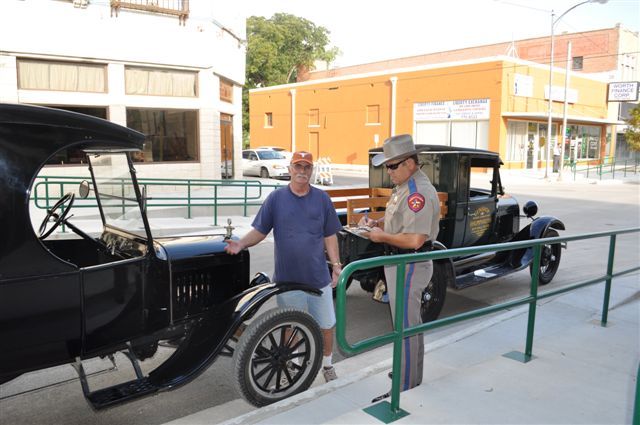 The below “Ode to a Friend” was written and read by Wayne. 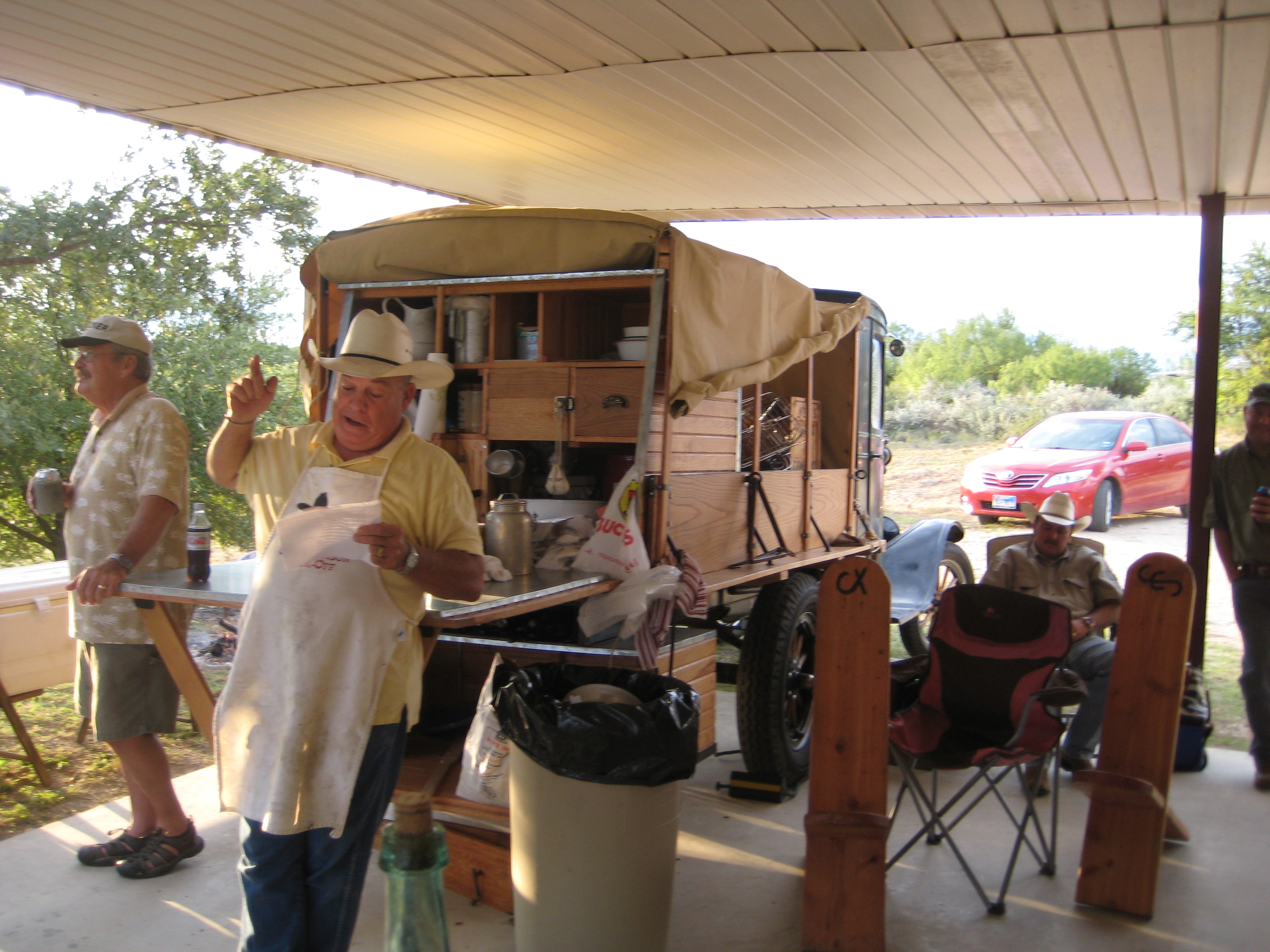 Ode to a Friend

It was many years ago when I first met Glenn
It was 1958 or maybe 9 and so our journey began.

Our friendship of twists and turns began that year
You can well imagine for Glenn it was never fear.

Just keep trudging forward and remember what’s of concern
This is sort of what he preached and expected “us”…his kids, to learn.

He was a giant of a man to a little eighth grade fart
But it wasn’t until later that I found this giant had a heart.

Way back then we were young and impressed
With everything our elders would express.

When the lessons in his classroom were done
It was gospel and never questioned by anyone.

As a student it would not have been for the best
To question his wisdom on things related to life’s test.

You eventually found the knowledge he would impart
Was to the point and never wrong, from the very start.

I followed his path in education through Industrial Arts
Many many kids who like me were just little farts.

I embarked on teaching his lessons day in and day out
About common sense and things needed ‘round the house.

Glenn never stopped teaching and telling when you were wrong
It was just his way…you take it, or leave it, then move along.

It was a little stronger than just telling you something was wrong
He would like eat on a part of your anatomy ‘til it was gone.

Humor was a lot of what we remember about our friend, and thus
The times and stories he would relate were usually on us.

But one story that Billy told about was on Glenn
‘Bout a mean Mexican bull he had cornered in a sheep pen.
The bull was puzzled and not sure what was going down
When Glenn got off the fence and down on the ground.

They both began pawing and making that snortin sound
Seeing who was the bravest and stand their ground.

Glenn knew he could kill the bull and stop this fun
By pulling his 45 caliber six shooter gun.

Only one little thing wrong that Glenn didn’t know
Was Billy had removed his bullets before the show.

There was no danger to Glenn during this hoot
Cause Billy was on the fence ready to shoot.

After a while Glenn starred the bull down and he left on the run
Glenn still not knowing he had no bullets in his gun.

It wasn’t till later Billy got Glenn to shoot at a can or a stick
So he drew his six shooter, pulled back the hammer and let it go with a click.

All hell broke loose and he called Billy everything…which
If you will think was something like you son of a ……… .

He had a very large heart and a large man he stood
Who would readily give you anything he could.

With his many quirks he was unique in his very own way
Something we knew but still learn more about every day.

As Andy once said he meant many things to many people each in a different way
I think this is why we come together on this special day.