This information and photos were provided by Jerry Shidal, Class of 1961

Not everyone may know about or remember the Call to Glory made-for-TV movie and TV series (lasted one season).  The series was broadcast in 1984 with Craig T. Nelson playing a USAF U-2 pilot at Laughlin AFB.  The storyline covers periods of American history relating to 1961-1963 news events such as the Cuban Missile Crisis and the Cold War while Kennedy was President.  Laughlin AFB is prominently in the pilot movie (Episode 1) and Episode 2.  Since we were living on base from 1959-1961, I recognize some of the film locations.

A lot of the show was filmed in California as are nearly all TV shows, but there are some local scenes that appear to have been filmed in Del Rio.  There are some Lake Armistad scenes, some Laughlin locations, and a few school scenes that could have been filmed at our old Del Rio High.  I'm attaching two pictures that I took from Episode 2.  Does anyone recognize these pictures as our alma matter or is it just a good look-alike?
Click images to enlarge 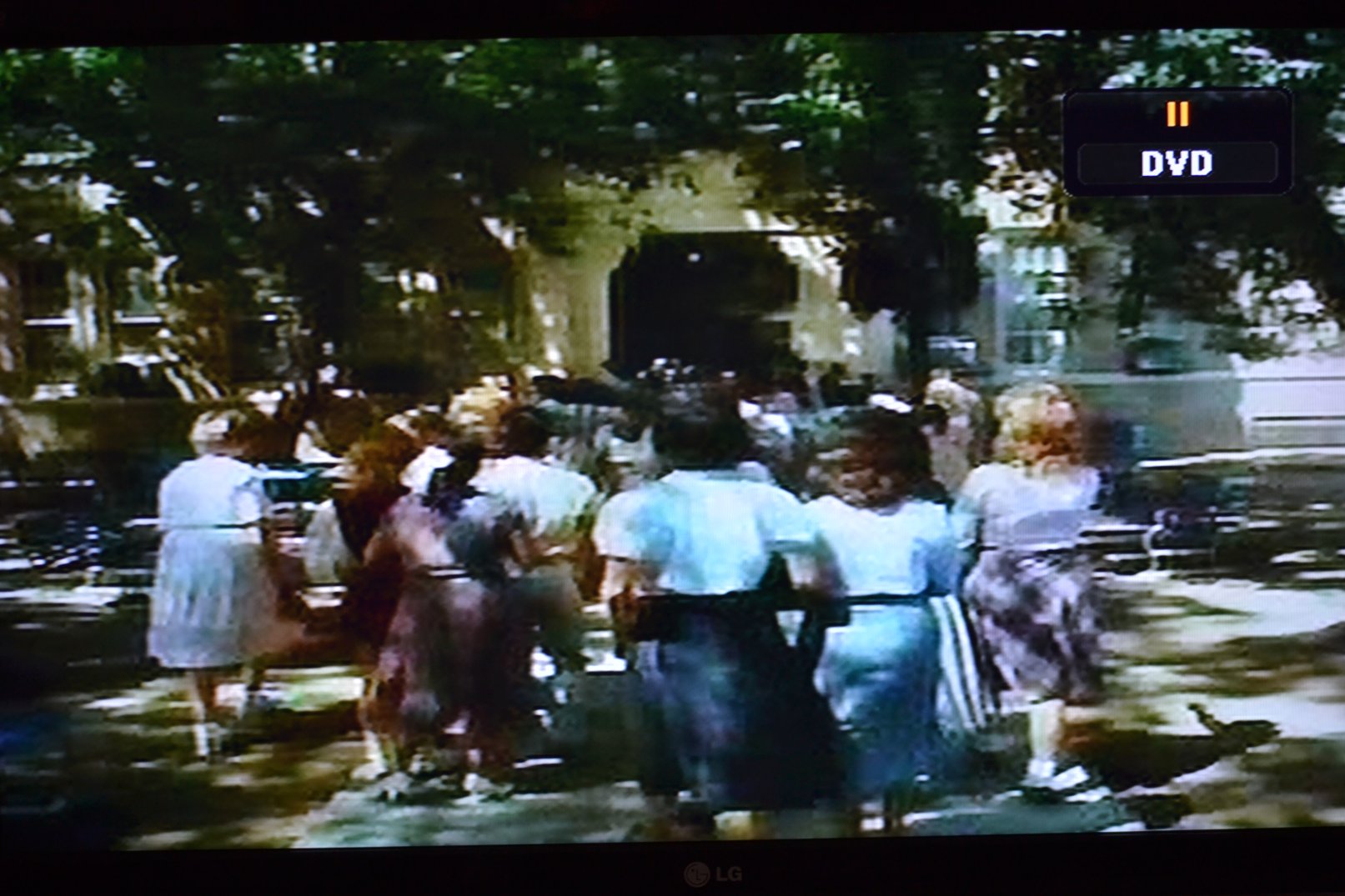 The movie was published on VHS and can be purchased from Amazon.  The TV series was never published, but I managed to find someone on the Internet who had copied the series off TV and put it on 4 DVDs.  I hope that many will want to see the movie and be reminded of how important a role the Air Force has played in the life of Del Rio.

Beverly (Boswell) Mohler, Class of 1965
Braxton and I both watched Call to Glory because of its tie-in with Del Rio.  The premier show had lots of shots around town – Meme’s Kleen Kitchen was THE go-to drive-in in the beginning of the series.

I agree that picture #2 must be the front of our High School, but I don’t recognize picture #1 at all.  I had classes in the annex and they did not look like that.

Ed Hance, Class of 1968
The second picture sure brings back memories of “Central” where I first went to school in Del Rio when my family moved there from Laredo in the 5th Grade.  It sure looks like the building where we had the 5th and 6th grades meeting in 1961 and ’62 (before they completed the new Jr High facility on the north end of town).  I remember Mrs Adams in the 5th grade and Mrs Love in the 6th grade.  We were the last 6th grade class to meet in the Central building.  With the completion of the new Jr High facilities on the north end of town, the Central building (which sure looks like the same building as in the picture) became part of the High School.  It is the building where they did the best they could to teach us Trig and Algebra (I remember Mrs Bishop in particular).

So, I’d say the building in the picture is indeed a shot of Del Rio High School.  If it is not, it is sure similar enough in appearance to trigger a lot of fun memories!

Kay (Harlow) Ochoa, Class of 1966
How interesting to learn about “A Call to Glory”. Who knew? Apparently, a lot of people!

Jerry (McDonald) Stone, Class of 1944
About the pictures included in the "Call to Glory" story, I don't think the first one is any of our classrooms.  The second one is definitely the front entrance of our old high school.  I was recently commissioned to paint a picture of the old school for the Class of '45 so I recgonized the entrance easily.  In case anyone is interested, the picture is hanging in the Whitehead museum here in Del Rio for everyone to see.

Charlene Reams Manning, Class of 1962
I don't remember the series AT ALL.  Don't know why.  My family (with Rusty) lived in the country then and had no TV.  We watched the football games at my folks on weekends, and some evenings in week with my sister's family.

Both pictures were kind of bleary and hard to see details.  The classroom scene might be a room from the annex, but not the main bldg. of the high school.  The boys' shirts look right for the period, and the girls' full skirts that might have crinolines under them.   But the Saddle Oxfords look a little out of place to me.  I wore those shoes with bobby sox in the mid-50s when in Jr. High, but I am sure not after 1957.  Maybe others were still wearing them and I have just forgotten.

The scene in front of the school looks like old Del Rio High to me, but again, hard to see details.

Roger Ridley, Class of 1963
Now that I look at the first picture again, it doesn’t look like any classroom I was ever in. But then detention hall didn’t cover much territory.

I don’t know about the first picture but the second one was taken looking up the sidewalk toward the front entrance of the true Del Rio High School. Not to be confused with that thing on Wildcat Drive they call Del Rio High School today.

Joe Kubenka, Class of 1963
I remember the series well although after they moved from Del Rio I quit watching. I was very impressed with the research they did. As I recall some of the kids were wearing Del Rio High letter jackets in maroon and gold and other details that no one in the viewing audience would know (or care) about except for us.

The neighbor that lived across the street from us, Rudy Anderson, was shot down and killed over Cuba, and the next door neighbor, Harry Oglesby, ran the photo lab that developed the initial pictures. Before the Cuban Missile Crises, we thought the U2s were used for weather research. So needless to say when I learned they were shooting a series, I was all in. Would love to see it again, thanks for the info, I'll check out Amazon and then see if I can find my VCR.