Born and raised in Del Rio, Texas, Mr. Ricks, now Executive Vice President and Chief Legal & Regulatory Officer, started with Southwest Airlines in 1981, when it was a small regional company. With its subsidiary, AirTran Airways, Southwest has 45,000 employees, the most passengers of any airline in the U.S., and has one of the world's largest fleets. Fifty years ago, Mr. Ricks played in the Little League Baseball World Series as a member of the 1962 South Region champions.

“The Little League Baseball World Series was all so overwhelming,” Mr. Ricks, remembering the journey he made to Williamsport half a century ago, said. “My wife says I peaked at 12, because the experience of playing in the World Series meant so much to me and my teammates. If people find out in conversation that I played in the World Series, all they want to do is talk about it, even if they had not played Little League or know anything about organized baseball.”

“Mr. Ricks is a Little League World Series alumnus, but more significant than his appearance in the World Series are the core values and life lessons he learned during his Little League years,” Stephen D. Keener, President and Chief Executive Officer of Little League Baseball and Softball, said.. “It’s been 50 years since Mr. Ricks appeared in the World Series. Yet, long after his playing days were finished he continues to draw on those experiences and apply them to his personal and professional lives, making him, and Mr. Vitale, deserving enshrinees in the Hall of Excellence.” 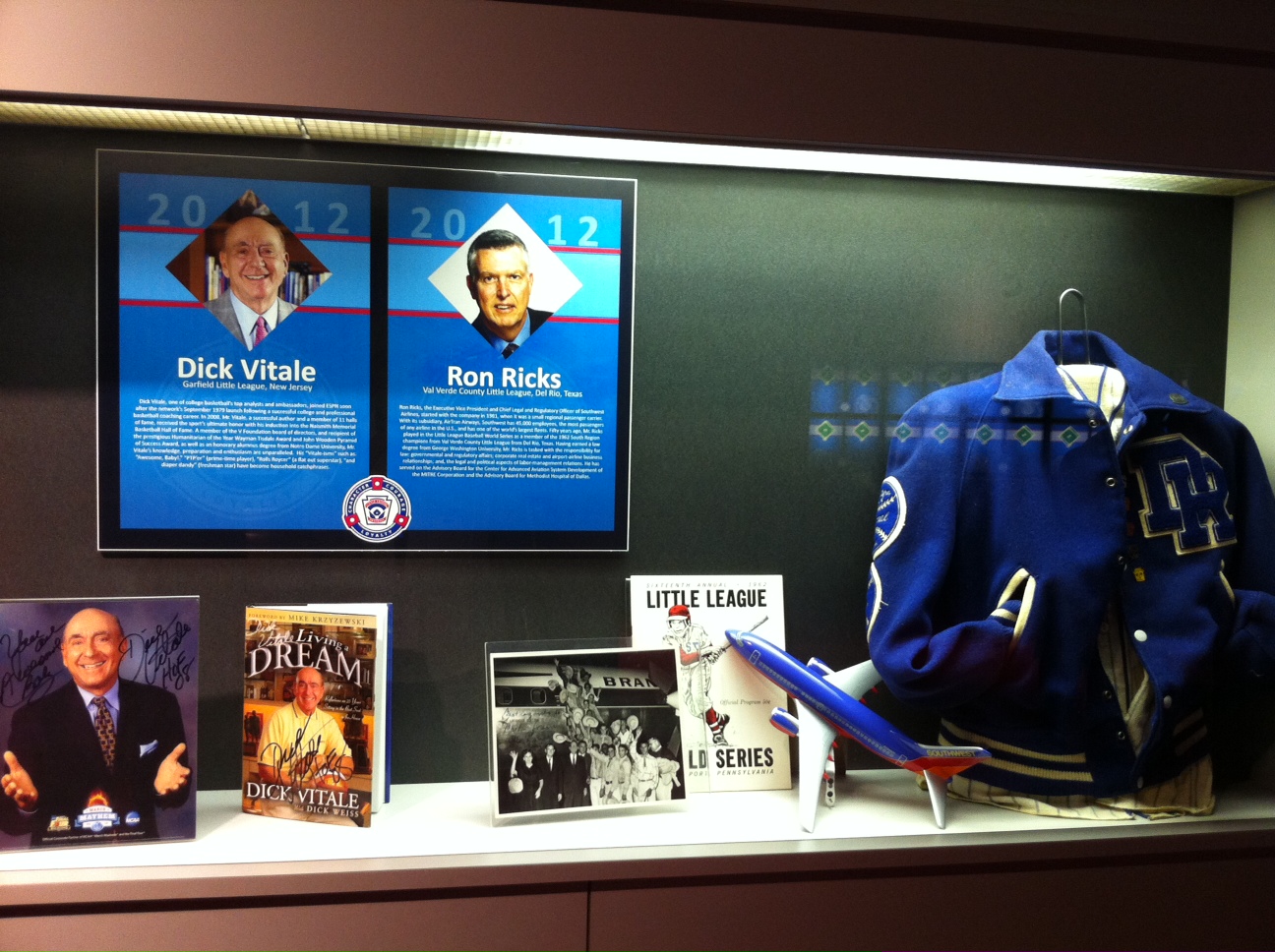